Greece’s government spokesman appeared optimistic on Monday that a broadened interim agreement with creditors would be completed in May, a month after the original deadline.

“We have had significant progress in these negotiations,” Gavriil Sakellaridis said on Monday, reviving a regular briefing to the Greek and international media years after it had been abolished. “The purpose of this government is to have an agreement that will cover as many of the controversial issues as possible. We may, in May, reach a more comprehensive agreement than expected.” 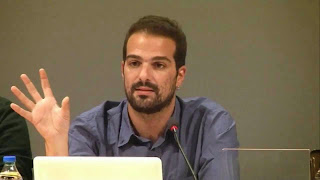 Sakellaridis said the government would manage to pay salaries, pensions and creditors in May, but lashed out against creditors for making matters worse for Greece’s cash-starved economy. “While we are observing the loan agreement to the letter and paying instalments from the money of the Greek people, it is the creditors who aren’t following their commitments to the letter. They aren’t releasing payments on time,” he said.

Greece has had 7.2bn euros’ worth of loan instalments  held back since last year, pending progress on economic reforms. Greece’s leftwing government, elected on January 25, has said it will stop and even reverse much of the reform process – particularly by re-regulating labour and restoring minimum wage.

“We believe that the nature of the agreement under discussion in Brussels now is such that there will be no problem getting it past parliament,” Sakellaridis said. He said there was "a broad consensus" that the interim agreement would lower the primary surplus Greece has committed to producing, in order to repay creditors. This has been a top Syriza priority.

He confirmed that Greece’s controversial finance minister, Yanis Varoufakis, would represent Greece at the May 11 Eurogroup meeting of the single currency’s finance ministers, and denied any rift between Varoufakis and premier Alexis Tsipras.

Sakellaridis touted the government’s efforts to collect tax arrears, saying that 278,000 debtors had applied to repay 2.2bn euros’ worth of unpaid taxes under an instalment scheme Syriza recently expanded against creditors’ wishes.

See also:
- IIF warns of "chaos" in the West should Greece leave the eurozone.
- Greek economic sentiment at the lowest in 16 months.
- EU cuts Greek growth forecast from 2.5pc to 0.5pc.
- IMF insists on a debt restructuring for Greece.
- Greece is losing time - and friends.
Posted by John T Psaropoulos at Monday, May 04, 2015