This article was published on EnetEnglish. 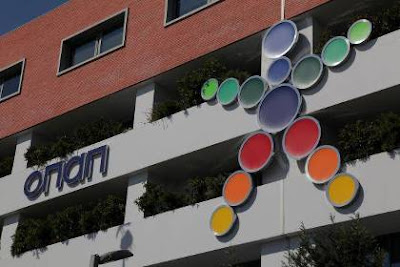 Greece’s privatisation agency was due on Monday evening to announce the winning bid for the state’s one-third share in gaming monopoly OPAP. The sale, worth an estimated 220 million euros, is to be its largest sale to date, and may signal that after two years of false starts, privatisation may finally take off.

“The sale of real estate and corporate assets is now absolutely necessary,” said Stelios Stavridis, the incoming chairman of the Hellenic Republic Asset Development Fund, as the privatisation body is known. He is the third man in the job in two years, and made his first public remarks on Thursday to a crowd of businesspeople and government functionaries invited by the British Hellenic Chamber of Commerce.

“We know we are in a war,” he said, alluding to political pressure against the activities of the fund from the opposition. It has sold practically nothing since it was created in 2011 under the terms of Greece’s first bailout loan. “We know people are targeting us. The conventional approach would be to say, ‘let’s follow procedures and do nothing.’ That’s not what we’re here to do.”

The fund failed to bring 1.7 billion euros into public coffers last year, as a contribution to paying down Greece’s debt. It is charged with raising 2.4 billion euros this year – a target even Stavridis is not entirely sure will be met.

But meeting revenue targets may be besides the point, he thinks. “For me, the amount of money that we will be getting from an asset initially is just a tiny fraction of the wealth that is going to be created through developing this asset, through absorbing tens of thousands of jobs, through the wealth that will be brought from abroad,” he remarked privately later. Greek corporations and banks have no liquidity, he pointed out, and the fund has to attract money from abroad.

The troika of Greece’s creditors – the European Commission, European Central Bank and International Monetary Fund – originally had high hopes for the potential of privatisation to pay down the country’s debt. That is partly because the state owns roughly 100,000 real estate properties, which some pre-crisis estimates valued at about 300 billion euros – enough to pay the debt off in its entirety.

Greece’s original memorandum with the troika set a privatisation goal of 50 billion euros, but repeated disappointments have revised that down to 10.4 billion by 2016.

Now, after five years of recession that are on target to claim a quarter of the Greek economy by the end of this year, and with unemployment forecast to reach over 30 percent, Stavridis believes that the growth potential stemming from privatisation is far more important than the sale revenue.

“Because we were not willing to do privatisations and reforms, we’ve seen income dropping dramatically, salaries dropping dramatically. We’ve seen a totally irrational tax burden, and all this is due [to the fact that] we cannot create privatisations and reforms. So I feel the pressure on us tremendously. We have to go ahead quickly because if we don’t do it we will go back to discussing salary cuts, this society cannot support that any more.”

Privatisation has been one of the biggest bones of contention between Greek governments and the troika. In February 2011 it became the subject of the first open rift between then finance minister Yiorgos Papakonstantinou and troika representatives, when they held a press conference in Athens to announce that the government had committed to raising 50 billion euros through sales of corporations and real estate.

The revelation created enormous controversy and stirred opposition to the memorandum. Even government MPs questioned whether such a sale of assets was technically feasible, or desirable given that it might depress the value of privately held real estate dangerously. Many Greeks were skeptical about the rationale of selling profitable state companies. Even Stavridies admits, “we didn’t want to sell DEPA and DESFA,” the lucrative state gas monopoly and its subsidiary, which owns the pipeline network, both due to go on the block this year. “The Europeans put a knife to our throats.”

Also to go this year are the state lotteries and Hellenikon, Athens’ former airport – a mammoth development covering over six million square metres and including the Olympic yachting marina at Agios Kosmas. If Stavridis manages to sell these assets for impressive sums and demonstrates job creation, he may overcome that throat-slitting image, which the fund represents for many Greeks.
Posted by John T Psaropoulos at Monday, April 22, 2013